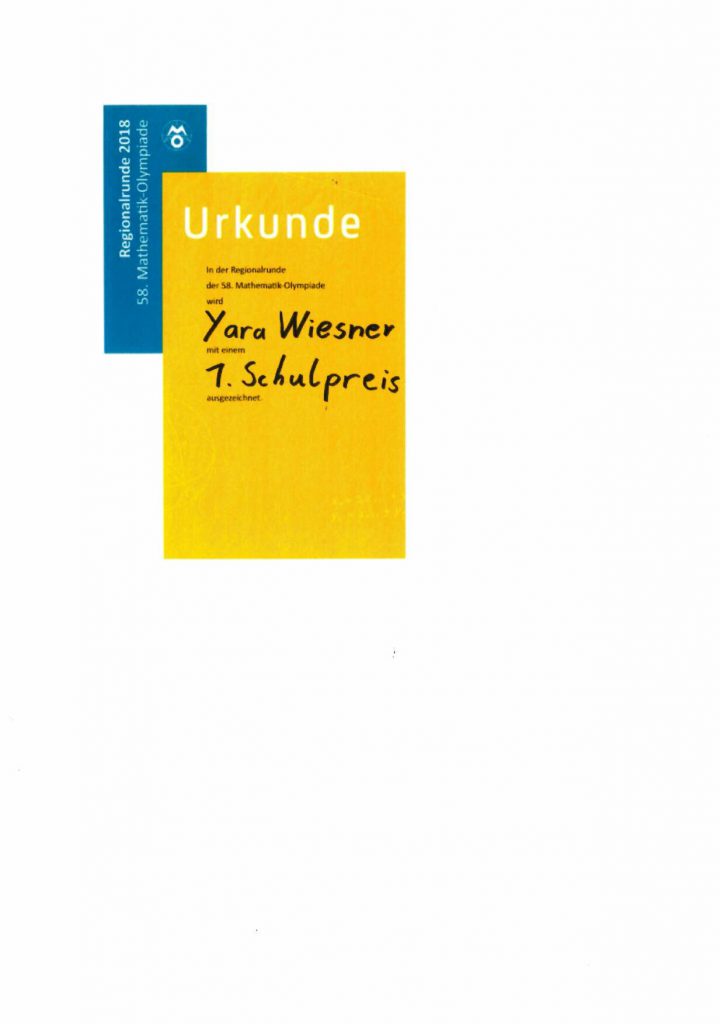 It is not as if I actually planned to participate in the Mathematik-Olympiade, you know. In fact, I hadn’t even heard of it before. But we do have to complete our work-plan, that’s the way it is. Therefore, I didn’t think anything of it when we had to solve the tasks of the first round of the Mathematik-Olympiade at home. The problems were a bit strange and definitely different from what we usually have to tackle, that’s true. But I just tried to do them as well as I could. Imagine my surprise when they told me that I had actually advanced to the next round! That settled it, of course: I would go on. And so, a couple of weeks later, I spent a morning in the library trying to solve the tasks of the regional round. I had invested some extra time practicing with the problems of the previous years that are available in the internet. Quite difficult. I didn’t really have much hope to make it to the next round this time. The logic puzzles were OK, I could handle those fairly well. But for some of the problems one would have needed „equations with unknowns“ that I just didn’t get the hang of yet, try as I might. Nevertheless, it went fairly well: My score was indeed sufficient to advance yet another round. The country round. Two turns. Two mornings in the library. Even more difficult tasks. And if I advanced this time, I might have to fly to Germany for the national round. Now I was really nervous. Again, I practiced with the previous years’ tasks at home during the holidays. Again, the tasks were a colourful mixture: A bit of logic, a bit of geometry – and, well, also some problems where one surely would have needed those equations. In the end, therefore, it was very close: I missed the national round by half a point only. That is a tiny bit sad, obviously – but I am really very happy that I made it that far and that it was such a close thing in the end! It’s so great that my math teacher supported me and believed in me all this time. 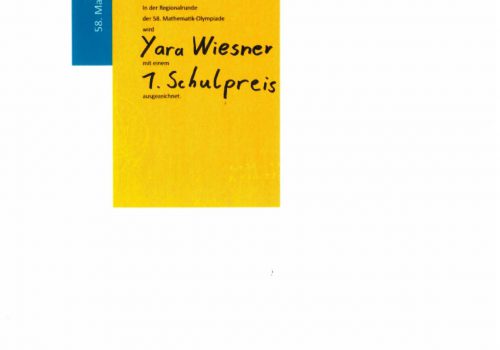